Skip to content
So, Sunday I didn’t get a blog entry written. I was lazy. And now I’ve got a ton to write. Of course here we are again sitting at 11:45, just cant’t beat the night owl. Too bad the world doesn’t run at night. Boy if I had a job here that required me to work night with people in China that would be perfect. I guess I wouldn’t have much of a life here but I sure like the hours.

Ok, so Sunday began the study group on Life Shapes. We’re taking this from the book “A Passionate Life”. We’re not going to be reading the book together. The aim of the group is to talk about the Life Shapes and how to actually put them into practice. The first meeting was great. The only bad thing for me was that I realized afterwards that I didn’t say a word during the whole time. It usually takes me a little while to start getting active in the talking. I’m usually processing away in my mind. I did take a chance after church to make mention of my lack of talking to Todd, the leader, and I did tell him a little of what I was thinking about. It had me thinking about my blog. I’m doing a pretty good job going through the repent side of the circle by doing Observation, Reflection, then Discussion. However I’m failing to finish the circle through the Plan, Account, and Action stages. Today I actually began to take these steps. The kairos moment that happened this weekend, that I blogged publicly & privately about, I finished the discussion aspect, then came up with a plan and have some accountablility on. Chad called me today to talk about the events of the weekend. Now I only need to continue in the action portion of this.

So the interesting thing is that the DISC profile study we went through has really gotten me thinking about myself and how I operate. That learning, along with some of the discussion that happened during the Life Shapes study, got me thinking about this whole area of relationships. For awhile now I’ve basically decided it’s all got to be up to God to take care of this area in my life. Now I haven’t changed that decision, however I think something key has been brought to light for me. When we decided to give something completely over to the Lord to take care of, I think it is wrong for us to think that now it’s all God’s responsibility to take care of and we don’t have to be apart of carrying out His work. Now in this area of seeking a wife, for me, this means I can’t expect God to just make her appear out of nothing. I have no doubt He couldn’t make this happen. I think the key here is that I must “play some of the game” as Chad put it. No matter how scared I am of getting hurt again, I have to put myself out there, and trust that God will help me to see clearly his plan in this area of my life. now I guess for some that might read this they might think, “Look out girls, Tim is on the prowl.”, and that is not what I mean at all. I have a hard enough time thinking I’m even worthy to be in a relationship with anyone, or that anyone would be interested in me. I guess basically I still have some work to do in the planning area on this. However there is someone I’d like to work on at least getting to know better. Right now I’m wondering if she is someone that would be interested in me. I’m probably way off, but if I don’t at least consider it a possibility I will end up as that old man sitting in the resturant eating by himself. Yeah, I saw him siting right in front of me when I was eating by myself at Perkins on Sunday.

This is a current fear of mine, and I’m not saying that if that’s God’s plan for me that it’s bad. I’ve just had this desire for a family since as far back as I can remember. Your talking the guy that as a kid, had a toy kitchen complete with washer & dryer, and even a cabbage patch kid. I suppose this makes me sound like the weirdest kid out there. I admit I wasn’t your typical elementary kid. I suppose that being the oldest grandchild on both sides of the family, thus always growing up around babies and young children, had some effect on me.

So I discovered, as I thought about my DISC profile, essentially my personality, and how it plays into the whole relationship topic, that my personality doesn’t work well with how relationships work out. Here’s what I mean. I’m definitely a strong C in the DISC profile, and my natural tendency is to want to do a lot of information gathering so I can make the best, and correct, decision. Well you can guess how my brain wants a relationship to work out. I want to know all about her, whether she is interested, a good match, etc so I can make the correct decision to pursue a relationship. I want to do the research and then carry out the proper action. The unfortunate thing it seems it that relationships are all about feelings. And there’s no telling how those are going to come out. So you have to make decisions on the feelings that are there. I obviously have feelings, ask anyone close to me and they’ll tell you have pretty deep feelings. And for me the subject of a serious relationship is the most serious emotional thing for me. I’ve been hurt pretty badly, twice, and this doesn’t help matters.

Well, i just realized that a lot of my entries turn to this subject. People have to be thinking I’m the most desperate guy out there and that I don’t think about anything else. This really isn’t true, I think about a lot of other things too, this happens to be something that has come up for me a lot recently. I guess the key thing that has me thinking is not so much the relationship topic but how God is teaching me about myself and how to think more clearly about the things that go on in my life. My hope is that I can use these things He’s teaching me in many other areas other than just the relationship area of my life. I guess the reason I talk so much about this stuff on here is that I don’t have a friend that is at the same point as I am. However, that’s not entirely true. Pete chimed in as one who can identify with where I’m at. I guess I can analyze this even more, and wonder if subconsciously I’m turning to this topic on here, in hopes that someone will read it and want to solve this problem for me. I’ll leave that up to the Physcologists to diagnose. In a way I’d be very interested in other people’s thoughts in their own lives on this topic. I’m interested in what othe people have to say, and not just concerning me.

On to what else happened today. Nothing too special at work. I finally had a chance to get together with Alex. We went out for supper at Applebees and then he hung out at my house for a little while. We did talk about some relationship stuff as he has been dating someone now for a few weeks officially. We also talked about college and education stuff. He’s got a lot of big decisions coming soon. Ginny saw me online and got me caught up on what’s been going on with them. I don’t get a chance to see them much anymore. Lately I’ve been so busy with stuff going on. It’s better than having nothing to do of course. I hoping to maybe stop by on Sunday to visit. I’m looking forward to getting my digital camera tomorrow. I also ended up ordering a 512MB memory card for the camera today too, it was on sale. I’m hoping that will make it here my Friday so I have it to use for the weekend. I do have a 256MB card I can use, which I probably will until I get the 512.

Well, once again this post has gotten so long I’ve probably lost most everyone. It doesn’t bother me if no one reads me posts. I probably bore them to death. Most of us suffer from information overload, there isn’t a lot of room for more. At least I’m not at a loss for words, LOL. Chow!

Well today has been such a full day of blessings. The sermon this morning, given by President Egge, was on generosity and not just about giving money, but the generosity that Christ showed to all through time & help. It was really good to hear about being generous in all areas of your life, following… 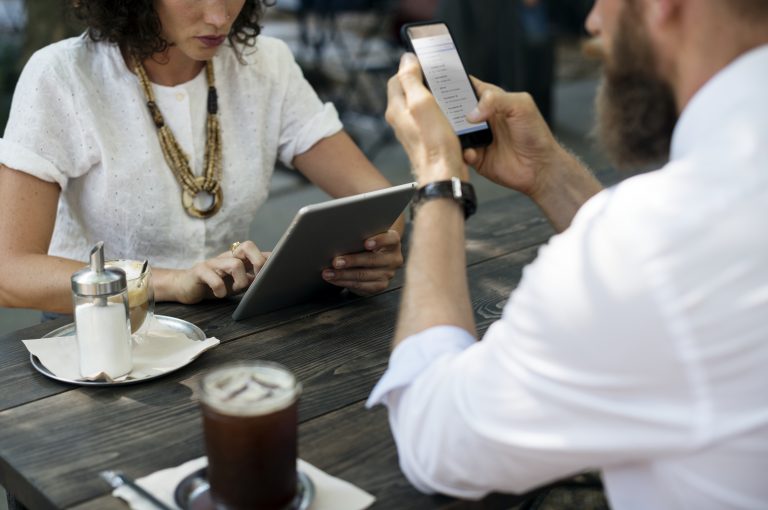 Like Loading...
Well, I’m dead tired and I’m sitting here with a dead machine. I’m feeling the curse of the dry winter air. I walked up to my laptop at work today and zap. I thought that I got by lucky as I was able to start it up and work on it awhile, can’t remember how…

Like Loading...
Well, today I was working a lot with tweaking the wireless setup on the laptops. I was able to get them to authenticate and login to the domain all wirelessly. Only problem is this was through the IBM ThinkPad wireless configuration tool. I need to figure out how to configure this via straight Windows XP….

Like Loading...
Did I change your mind, with what I said last night? Did I break your heart, by straying so far? From what you have in mind, for my life? Would you change me, from who I’ve been lately? ‘Cause I know I’m nothing without you. Did my words betray, the patience I once claimed? Can’t…

Like Loading...
Well I feel like I’ve been really disconnected over the past few days. It’s kind of crazy how your life can feel likes it’s fallen apart when you don’t have internet. Ok, so my life didn’t fall apart, but I was at a loss of what to do. I guess it got me going to…