Skip to content
So I didn’t get a post in on Monday, and I really need to be getting to bed now. LOL, just as I explained to Crowser, I get to a point at night and then I’m wide awake. If I would have went to bed at like 9 or 10 when I was tired I’d be fine but nope. Anyways…

So Monday was a pretty good day. My friend Chad was in town for a meeting so we went out for lunch. It was great to catch up. He is a great friend, he was asking me how things were really going for me. His wife reads my blog and tries to keep him up to date on what’s going on with me. We talked a lot about my depressing & alone feelings. And also how I don’t think very highly of myself. He’s a social worker, and works with mental health, so he’s got an excellent background to know what I might be needing. He though it might be good to go to a therapist a few times. The other thing he got me thinking about was my activity level, like excersize, and how that may be having an effect on me. I got to thinking back when I was still in college and living at home and I really got into excersizing and things were pretty good then as far as sleep and my general outlook on things. This is something I definitely need to think about. We also talked about some relationship stuff too. Of course, my conversations always seem to end up going that route. He really got me thinking that just going on A “date” is not something that needs to be a super serious thing. It can simply be getting together to get to know someone. I fine with this so long as that is the mutual understanding. No pressure or flawed expectations. I suppose I could give this a whirl?

I got all my bills paid on Monday, and got some rebates together to send off. I can’t believe how much the gas, as in natural gas, prices have gone up. It’s like $20 so far, and they say it’s going to go up more, ugh. Well I had to go with a minimum payment on a couple of bills, but one was just to try and get it moved up in the bill paying rotation.

After I got all the bills paid I headed out to get them in the mail and then pickup some groceries. I spent almost $30 and didn’t get a lot but what I did get should last me awhile. I’m hopefully going to try and start eating more healthy. Fruits & veggies need to be increased but they’re just a little outside my budget for this month. I’m really looking forward to getting some of these debt items paid off by the end of nect year.

I got home from the grocery shopping and began working on the music set for the youth praise team. It was a challenge to find some music that I had sheet music for already and some songs that they might already know. I also wanted to try so new songs too. Finally, at about 1:30am, I got the song set together, and I left the printing part until today.

Kept busy enough today at work. Great news was, my office got done. I won’t move in until tomorrow. I can’t wait! I’ll have to post photos, bummer just thought I should have taken before pictures – oh well. I’m really starting to get a lot better with my Mac support abilities. I’m thinking that my Mac & Windows knowledge is starting to even out. I started working on getting the CLB blogging space up and running, but I ran into some probs of course.

When I got home it was pretty much make something quick for supper, get music printed, and get to the church for practice. The practice went alright but it was kind of a struggle. With the craziness of the things I’ve got to do this week I made a call to not do music for youth group this week. It looks like it’ll turn out fine anyways as Joel & Liz C. are doing their presentation at youth group.

On a final note, I’m getting a little frustrated with how people seem to have no common sense and think that everything revolves around them. I was watching the news, and there was a story of another soldier killed and how the family is all upset because of how everything played out. I think people are pretty stupid to think that because their son or daughter is killed while serving in the military that the government/military is wrong/should be held responsible/should meet all the families demands. I could understand some frusteration if people were being drafted. Come on what do people think they are signing up for? No one is forcing anyone to signup for the military. Someone is always going to have some reason they think the military shouldn’t deploying soldiers somewhere. I’m getting real tired of people pointing at the government/military and shouting you killed my ___ …no they didn’t, why don’t you start saying they killed themselves, they signed up for service. That means at anytime they can be called into active duty. Our country would have no means of defense if we had a military formed on whether people felt the should be put on active duty. That’s just stupid. Some may think that I’m cold hearted, I say get a brain. My brother was just sent out over the weekend. I’ll be lucky if I get to seem him for a year now. And of course there is a chance he may get killed. I’ll be sad if it happens but I won’t be blaming anyone for it.

Ok, I’m probably going to get flamed, oh well. Now it’s late. One final thing is keep Alex in your prayers. He’s dealing with some tough stuff right now. I really hoping I get a chance to get together with him this week. Chow!

That title actually has a couple of meaning this morning. As I drove myself to work this morning it kind of hit how spiritually dry I feel today. This comes from the lack of reading and morning quite time I’ve had for most of the week. Oh how I long for those days of having… Like Loading...
So I’ve updated my About page. Compliments of eHarmony, yeah, bring on the jokes. The profile it creates is pretty amazingly accurate. Oh, BTW, unless there is some compelling reason to become a member I won’t be going much farther with this. I don’t have $50 a month to spend trying to get a date,…

Like Loading...
Ok, some may be wondering why I’ve had no posts on the blog since Monday. Well it so happens that I have had no internet at home since Wednesday. Hopefully they’ll get it fixed today. I’m gone tonight so there probably won’t be a post until Saturday. I’ve got a lot of things to catch… 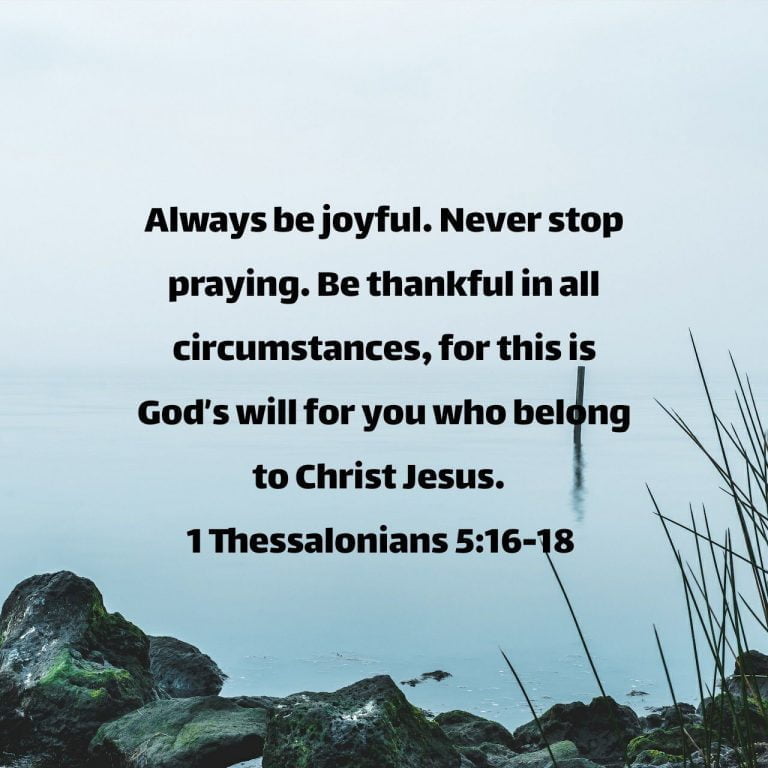 Throughout our lives we experience highs and lows. It’s during the low points that it’s easy to focus on the negative and forget about all the positive things we have or have experienced. We can more easily get through the tough times If we continue to be thankful to God for how He has blessed…