Skip to content
It’s been forever since I actually posted something on my blog. I’m not even sure why I’ve kept it around for so long. I guess perhaps I thought I would return again to blogging someday. What with things like Facebook there almost isn’t a reason to have your own blog anymore. One probably good thing is the fact that not many people visit here any more so perhaps I can just make this post without it stirring up a lot of issues.

I have been married for a little over 2 years now. It’s crazy because it doesn’t even seem like it’s been that long. I’ve been living in MI now for 3 years. These past 3 years have had their share of ups and downs. In the past year it has felt like more downs then ups, or at least a lot of roller coaster rides.

My wife and I have been trying to start a family for over a year. It was a very long time until we finally got pregnant. That was back last October. We were about to head down the road of trying to get fertility treatment and then we got the exciting news. We started some of the preparations, including some house work to have the proper room we need for a baby. We had the first doctors visits and then at 12 weeks we had the appointment to hear our babies heart beating. They didn’t hear it, but assured us that it happens, so they got us in to do an ultrasound. After some time they informed us that they baby had no heart beat. I can’t even begin to explain the heart break that it was. Honestly, I think I would much rather have someone smash all my fingers with a hammer then go through that heartache. This lead us right into December, the busy month that it was.

I would have to say that was probably the hardest month of my life. The chasm the was between me an God was pretty big. It took all I had to go to Flood on Sundays, and even to attending services. I honestly didn’t even know what I was doing by going to Flood. How could I lead students when I was so far from God? It took time, and God working on healing my heart. I did all I could to try and support Vanessa through this time as well. It was a pretty big strain on our marriage, that’s for sure. I really felt healed and finally at peace with it all when I completed the membership class at church. Got used that evening to finally bring me back to Him. Later that month I even got baptized.

March came, and so did our anniversary. Wouldn’t you know it, my wife shared with me that day after I headed to work that we were expecting again. What an amazing anniversary gift. Unfortunately, a week later it was over again. We were already cautious after the first miscarriage. And this time we were able to accept that the time just wasn’t right.

Life went on and we still kept on trying to get pregnant. The beginning of June we found out we were expecting once again. At this point it was hard to really be excited about it. Vanessa had thought maybe she was for about a week at that point and finally did another test to make sure. Actually, I think she even had blood work done to check before she shared it with me. She had her first doctors appointment and everything went well, due to the previous miscarriages they decided to do an early ultrasound to check the baby’s growth. It was setup for June 22nd. I wanted to be there for sure for that appointment. We went in and we were nervous. Our only ultrasound experience at that point was the disappointing news we got that we lost our baby. This time we were totally blown away because we were told, and shown that we were having twins. It was amazing. The whole thought of having twins, what a blessing. There was still a part of us that was concerned as we were only 7 weeks in to the pregnancy. Our next appointment was set for July 15th. We waited through the next few weeks. And that brings us to now.

So yesterday, Friday, my wife told me in the morning that she had seen some blood. This was a concern for both of us and I asked if she would be able to get in for an ultrasound. She was going to check and let me know, I head off to work. My wife called me and said that she was able to get in for the ultrasound. I got there from work and waited for Vanessa to arrive. We checked in, waited for a bit, then went back to get the ultrasound. It took awhile, a lot of silence, something that was not fun. Then we got the news, there are no heartbeats. We were shown the ultrasound and could see our babies there with no movement.

That day turned into a very long day. After finding out we had to sit and wait for the doctor to talk to us. Then we decided to have surgery to remove the pregnancy so that they could do some testing to try and figure out why this is happening.

So here I am once again. I’m broken, and all I have is questions. Questions I feel will never be answered. I can’t blame God for this, but at the same time how to I be thankful, or understanding. I feel like this 1 area of my life has just continually been taken away from. I feel like it’s been dangled in front of me then snatched away. I wonder, what is wrong with me? Am I defective? Have a sinned in such a huge way that this is my consequence for it. Has God decided that I will never be blessed with a family, never be a father. Will I never get to watch my kids grow up? Will I never get to put a bandaid on their scratches, never kiss them good night, never push them on a swing, never teach them to ride I bike? If I’m not to be a father then why let this carrot be dangled in front of me? Can this desire just be taken away?

At times I just feel sorrow, at other times I feel anger, and then I’m just left with a feeling of depression. Is this all my fault? Did I not care for my wife like I should have? I had someone ask me last night how I was doing. What do I really say to that? Honestly, I can’t even look at children, especially babies. I feel disgust reading about things other post about their kids, or being pregnant. I feel jealous, and irritated at the very fact that there are people out there that don’t even realize how much of a gift their children are to them. I would have given my own life if it could have kept our babies alive and growing.

I want to have faith. I want to believe that God has something bigger planned, that the timing just wasn’t right. I just don’t see how that makes it better. It doesn’t ease the pain, or make it go away. How is any of this God’s plan? I can’t see Him deciding, I think I’ll give Tim and Vanessa these babies for a few months, then I’ll just take them away, they need to learn to rely on me. Really, is that what it’s about, a test?

How many tests of a man’s faith can he take. Job lost everything, and in the end God blessed him beyond what he had lost. I suppose one could say that God was testing job, but that is not how the story goes. God knew that Job would stick by him no matter what, but Satan thought otherwise. Job did get to the point where he questioned God, wanted God to explain Himself. I guess, I almost feel myself entering that place as well. I read Job, that was the first place I turned yesterday. I sought some sort of answer, some reassurance. Job lost it all, how did he get through it all. What did I find? Well, really, it came down to faith. And not questioning God.

Where does that leave me? Questioning myself I guess, looking for fault in myself, in my own life. If it’s not God, then is must be me right? Maybe I’m in the wrong for even wanting to have kids? Perhaps I’m not following God’s will in all of this? Perhaps I’m choosing to have a family that God does not want for me? Maybe I’m living the life that I wanted and not the one that God intended for me? Maybe it all comes down to that? Perhaps I have gone down a path that I have chosen, and as a result this is all just consequences of me choosing that path?

These are all questions I don’t think I’ll ever have an answer too. There isn’t scripture that is going to answer this for me. All I have is God’s promises, and it’s taking everything that I have to just hold onto those promises. Every day I have to choose, trust or question. I want to trust, with all that I am I want to trust. And that is the one thing that is that hardest thing to do right now.

Thx Google for all the neat tools they keep pumping out. I’m now using Google Calendar slightly integrated into my blog. Should work ok. I’m feeling the itch to get back into blogging and podcasting…we’ll see what the schedule brings. I’m also thinking it might be time for a WordPress upgrade and site redesign/makeover. I…

Like Loading...
Well, I think the unfortunate thing is that I’ve lost my amazing blog audience. I can really only blame myself of course. Let’s see, the very fact that I’ve barely had a weekly update, er, ok so it’s barely made it to be a bi-monthly update. Well, on to my continued thoughts. I think the… 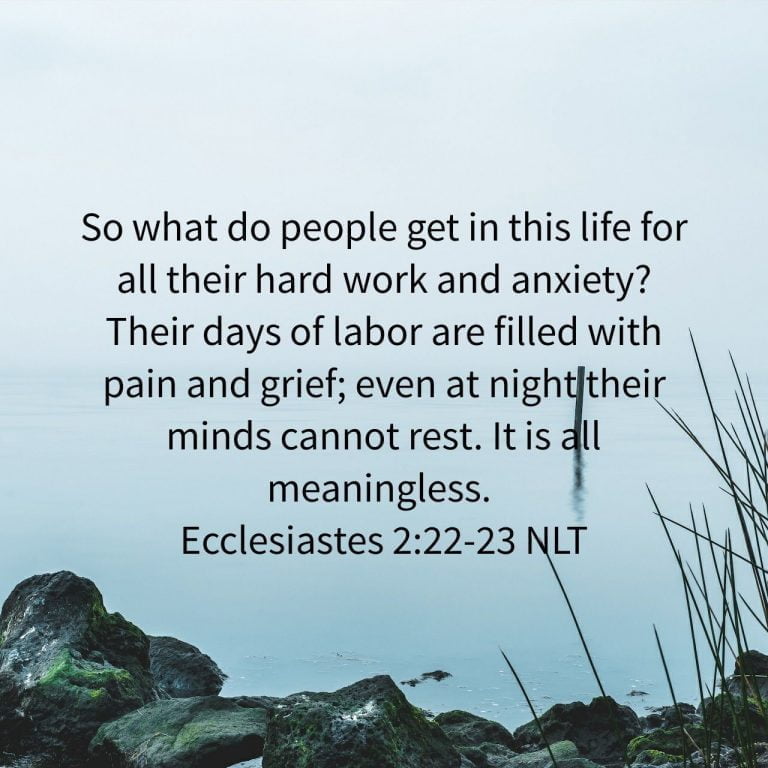 I can’t remember how many times I’ve let myself get stressed out by job. It’s a bit of a reality check to read how meaningless it is in the grand scheme of things to get stressed about one’s work.

Like Loading...
Well, all-in-all it was a pretty good day. I actually managed to get up by 5:30 and get going. So yeah I didn’t get much sleep last night, but it was worth it. I got most of my small website projects done. I wish I would have had the whole day to work on stuff….

Like Loading...
So I’m the biggest loser on the face of the earth. How could I be so foolish and self-involved to not take one moment to connect with someone I care so much about? I’m unworthy to have someone in my life that cares for me when I can hurt them in this way. I call… 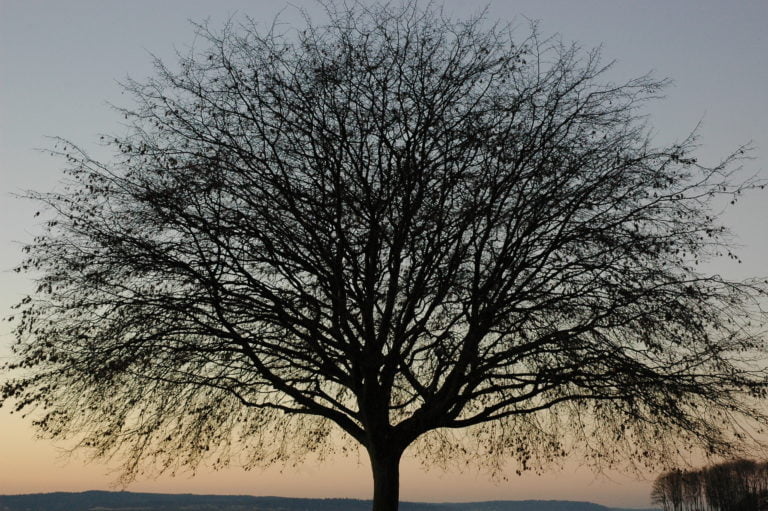 In an effort to trying posting on a regular basis, here goes #2 for the year. 🙂 Recently over the course of a few weeks I applied for a job, got 2 intrviews and was offered a job. The job, in-and-of itself, I would have loved, however it would have come at a great financial…