Skip to content
I’ve been married now for about 2.5 months. Married life has been what I hoped and more, some good and some challenging. We’ve gotten into more of a routine now, but not so much that life isn’t interesting. We’ve been trying to work on the house. A few weekends ago we put up gutters. That was an interesting job, with some challenges, but it’s all good. We’ll be doing some yard work in another few weeks. Once the grass grows back I think we’ll have a pretty nice front yard.

Work has been going pretty good. The past couple of weeks I feel as though I’ve gotten nothing really accomplished, at least nothing that anyone can see. I began building a MapServer and learning the ins-and-outs of that. I have been able to accomplish some pretty great things since working here. I actually built an entire new system that is being used by a good portion of the entire company. The director over our group has really appreciated all that I’ve been able to contribute to the company,and that’s nice to hear. I work with a couple of good guys, and it’s fun to take in some Disc Golf on some lunch breaks. It’s been fun to get into something like Disc Golf, since I haven’t been much into sports this is something that is fun, challenging, and gets me outside.

Vanessa has been at her new job for about a month at least now. She’s getting the hang of things and starting to build some relationships there too. It’s not something that she has a huge passion for but it is something that she knows and she likes it well enough to keep her going. It was a real eye-opener for her to go from working in ministry to a secular job. I know a little what that’s like from when I start my current job. I try to do my best to support her in any way I can. We’re both glad that we have some freedom now with our nights and weekends. I am happy that she has been able to get plugged back into some volunteering at church. I know that she would love to get back involved with the children’s ministry, so I hope that opportunity presents itself.

I’ve been thinking more these days about getting involved in the youth ministry program here. The Splash ministry that I was involved with during this past year has ended for the summer, and I’ve already mentioned that I wasn’t planning on continuing in my role there as a Sound Tech. I have been doing some website work for the church. I did a lot of things with their conference site (www.daybreak.tv/conference/) including the entire design implementation, blog, and photo gallery. I also completely redid their online store (www.daybreak.tv/store/). It sounds like there may be more opportunities there as well. This summer both Vanessa and I will be seeking God’s guidance with where He wants us to be serving. We’ve been approached about taking over and leading our small group in the fall, but we’re just not sure that’s where God is calling us right now.

It’s amazing to be right now to think that just a year ago I was living in Fergus Falls and preparing to move here. This past year has been one that I could have never expected. God has done some pretty amazing things in my life. The hugest blessing of all was bring Vanessa and I together. I think the hardest thing of all has been the distance between me and everyone I’ve ever known. I struggle at times, with missing all of those family get-togethers, not being able to enjoy time with my best friend Chad, and even just feeling like I’ve got no where to go at times. It has made a big difference that I get to enjoy times with my in-laws, and I’m getting to know some new people. I don’t think I would have been able to survive out here if not for those people and my wife’s support.

I can’t even begin to express how amazing it is to have a wife, a friend, that you can pour out your feelings to and is there with loving arms of support. There are so many times that I feel like I’m just letting things get to me when I shouldn’t but she is right there to say “it’s ok”. I know that I’ve messed up numerous times already but she is still there with so much love to give me. Her love, and support, and forgiveness is beyond what any man deserves yet that is what she gives me.

I know that I’ve let this new chapter in my life cause the others to begin to fade. I’m not happy about that. I even think that perhaps I’ve just let it happen because it’s easier to let the past die then it is to feel so far from all those that I’ve gotten to know over the years. At the same time I think about so many of you every week. I think there is some part of me that thinks that somehow you’ll pop up around the corner way out here. I hope that everyone will know that I haven’t forgotten them, or the times we’ve shared. I hope that they’ll understand that God has moved me on to another chapter, and has called me to be a husband first, only next to being a follower of Him. I hope to try and stay in touch, in some form, through the years. I know the internet has made things much easier, although I still don’t think is really gives us more time.

Well, the time is passing quickly so I must call it a night. I hope that I can be a bit more intentional with writing on my blog. Till next time.

Today God opened my eyes to the current state of my life, and the need for the support of people who love me. It can be the most humbling thing to ask for help, I have felt that tonight. My inability to say no, and my drive to please the world, have brought me to…

“Man’s blessing didn’t come from what he produced, rather, what he produced stemmed from his blessing. Let that blessing fuel your work, so that striving ceases and what you produce comes out of a place of rest.” – SELAH | Defining Rest In The Age Of Productivity The start of this study reminded me of…

Like Loading...
(John 1:1-14) – John starts out describing a little about what the beginning was like. The Word was another name given to Jesus. It’s interesting that John starts out this way. It is very clear that the importance is placed on this description to setup the rest of the book. Jesus claimed he was God,… 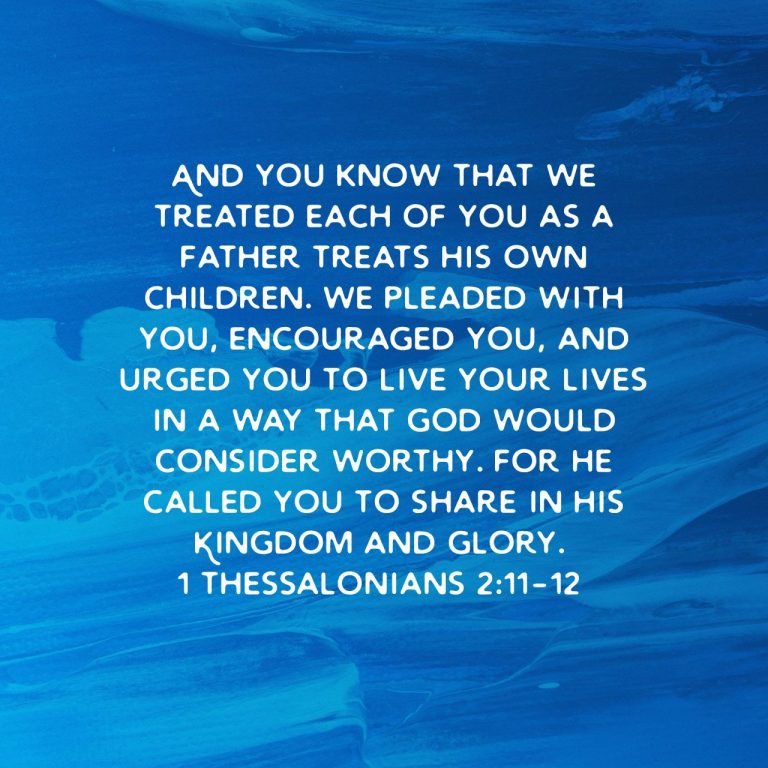 “When our kids see how we deal with failure, disappointment, frustration, and our own limitations, they are learning.” – Devotions for Sacred Parenting by Gary L. Thomas #TeachingByExample “The parent must present to the child the beauty of virtue, the nobility and happiness of self-denial, the pleasure that duty brings, and the fear and the…